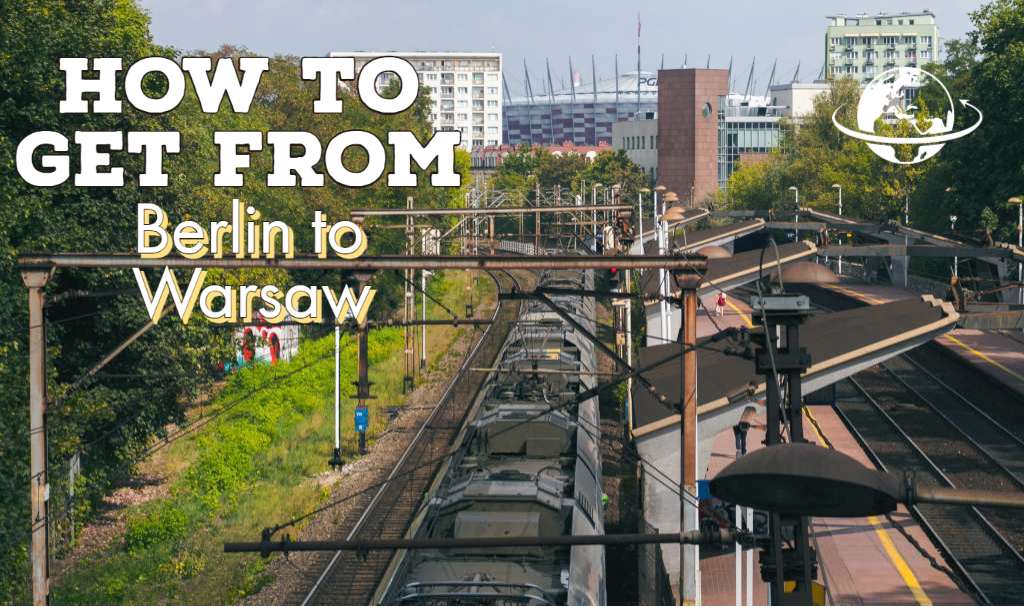 When you look at a map of Europe, Berlin and Warsaw are on an even plane, nearly side by side with just land and the border separating them. The capital of Germany, Berlin and the capital of Poland, Warsaw both have so much to offer the traveller. From history, food and entertainment, there really is something for everyone.

Why should you travel from Berlin to Warsaw?

Many people visit Berlin for its history but never consider a trip to Poland while they are there. Poland is growing more popular as a tourist destination every year for singles, couples, and families. Travel from Berlin to Warsaw can easily be done in a day by plane, train, bus, and car.

How to get from Berlin to Warsaw

Let’s take a look at the options for your Berlin Warsaw journey.

The Berlin to Warsaw drive

Book a rental car and drive to Warsaw

From Frankfurt an der Oder the distance to Warsaw is 474 kilometres. Pretty much as soon as you cross the border, the highways in Poland attract toll fees. The highway to Warsaw is world-class and brand new. It makes for a smooth ride with a speed limit of 130 kilometres an hour.

You can pick up a hire car at any major airport in Europe, with no restrictions on driving between Germany and Poland. If you want to break the trip up Poznan is a good place to stay the night and explore the medieval town centre before heading on your way.

Catch a bus from Berlin to Warsaw

Most buses on the Berlin Warsaw routes are direct. The journey will take you around 7.5 hours. At the time of writing, there were 14 buses a day travelling this route In Berlin, you will depart from Berlin Central Coach Station or the ZOB as it is known

How to get to the Berlin Central Coach Station

The bus station is situated adjacent to the Funkturm (Radio Tower) and next to the exhibition grounds. The Zob is easily reached by Berlin’s public transport network.

Where will the Berlin Warsaw bus arrive at?

Warsaw West Bus Station (Dworzec Autobusowy Warszawa Zachodnia). To get into the city centre from Warsaw west station you will need to take bus no.s 127, 158 or 517 to the City Train Station.

At night the bus numbers change and you’ll be needing N35 or N85. The journey takes approximately 15 minutes. Remember to validate your ticket onboarding.

Flying from Berlin to Warsaw

The express buses X7 and X71 travel every 5-10 minutes between underground station Rudow (terminus U7) and terminal locations at Brandenburg Airport. The Airport express train travels through Berlin Hauptbahnhof four times every hour.

You can always use a taxi, Uber or even book a private transfer to pick you up from your Berlin Hotel and drop you at your terminal door.

The most convenient way to reach downtown Warsaw is by taking either S2 to Warsaw CBD or S3 line to Central Railway Station.

There is always the option of taking a taxi or even organising a private transfer from the airport to your hotel.

Train from Berlin to Warsaw

How to get to Berlin Hauptbahnhof (HBF)

You can reach Berlin HBF via S-Bahn lines S5, S7 and S75. These lines link the Berlin HBF with the east and west of the city. The U55 U-Bahn line joins the station with the government district and provides easy access to the Brandenburg Gate and the Rhienstag.  Departing trains to Warsaw use above-ground platforms.

Warsaw Central station is much like any other big train station in Europe. It has multiple arrival and departure platforms. You will find shops and café’s selling food, sim cards, tours, ATM’s and more.

There is a Polish Rail office which can organize onwards tickets for both domestic and Internation destinations. You will find taxi ranks at the main entrances and a tunnel that runs under the main road which allows connects with trams and buses.

Do I need a ticket to board public transport in Warsaw?

You will need a ticket to ride the local public transport in Warsaw. There are tickets available to purchase on the trams and on the buses if there is not a ticketing machine at the stop.

There is an English option for you to use when purchasing your tickets, and you will need some small coin change to be able to buy the Warsaw public transport ticket, or you can use your credit card.

Places to stay in Berlin

Berlin has accommodation to suit all types of travellers from singles, families and couples. You will find apartments, hostels, hotels and more. When we were in Berlin, we stayed at Meininger Alexanderplatz. If you’re looking for more options, we recommend you use Trip Advisor for the best choice and price.

The best place to stay in Warsaw

Warsaw has accommodation to suit all needs and all budgets. You can find rooms for sings, double and families, you can find hostels, hotels and apartments. We recommend Dream Hostel just near the old town and Royal Castle. Dream Hostel is more like a hotel than a hostel, offering private rooms with ensuites

We hope this article from us here at Poland Travel Expert has encouraged you to make the trip from Berlin to Warsaw. We are sure you will enjoy your trip and find many things to do along the way.