People who come from all around the world fly into airports close to Auschwitz in the town of Oswiecim Poland. This popular UNESCO World Heritage Site was once an extermination camp located in Nazi-occupied Poland and was operated by the Third Reich during World War II.

Originally a Polish army barracks it was turned into the largest of the Nazi concentration camps and consisted of Auschwitz I, Auschwitz II–Birkenau, Auschwitz III–Monowitz, and 45 sub-camps. Over 1 million Jews, Poles and Roma were killed here.

The town of Oswiecim in Southern Poland does not have an airport and visitors will have to fly into an airport near Auschwitz and then transfer by rental car, public transport or organized tour to Auschwitz.

Airports near Auschwitz will have plenty of options for you to make the journey to Auschwitz easily. In this post, we have outlined the airports close to Auschwitz so you can easily plan your trip to this unforgettable, harrowing World War II site.

The Katowice Airport is located in the city of Katowice, Poland. It is one of the busiest airports in Poland. It also happens to be one of the airports close to Auschwitz. The city centre is easily accessible, located 30 kilometres north of the airport. The airport is a hub for LOT Polish Airlines, Wizz Air, Enter Air and Buzz all helping to make Katowice airport the busiest in terms of leisure travellers arriving in Poland.

Even though the airport handles a large volume of traffic, it is basically a regional airport catering to budget airlines. The airport is short of facilities but is the airport closest to Auschwitz. The airport has a small variety of shops, restaurants, and other amenities.

How far is Katowice airport from Auschwitz?

You will find Katowice Airport is only 66 kilometres from The Auschwitz Birkenau memorial site while Katowice city is only 39 kilometres from your arrival at Auschwitz. You will need to organize an airport transfer into Katowice and go to Auschwitz from there by organized tour, bus or train to Oswiecim. Likewise, you can, hire a car at Katowice airport or book a direct transfer with a company such as kiwi taxi and head to Oswiecim.

Planning a trip to Auschwitz? Here is everything you need to know about visiting Auschwitz

Krakow airport is one of the most popular airports in Poland and is probably the biggest of the airports close to Auschwitz. It is located about 8 km from the city centre, it has a lot of shops and connections to different flights and airlines.

The airport has a duty-free shop, where you can buy different goods at lower prices. You can also find jewellery, fashion, souvenir shops, and many others. Kraków airport has plenty of food and dining options such as Costa Coffee, Crêperie Creperie and Sandwich & Snack Track.

Krakow is one of the closest airports to Auschwitz and offers connections to different destinations around the world with flights from all over Europe to Asia or America. If you want to know more about the available connections, search with Skyscanner.

How far is Auschwitz-Birkenau from Karkow airport?

Arrival at Auschwitz Concentration Camp is 67 kilometres away from Kraków by road. You will need to organize an airport transfer into Kraków and go to Auschwitz from there by organized tour, train travel or hire a car at Krakow airport and head to Oswiecim.

Read more: All the best day trip tours from Krakow to Auschwitz

The shops at Copernicus Airport are mainly located in Terminal 1, with a few exceptions. You will find a number of shops selling jewellery, books and duty-free items. You can grab a bite to eat at the Flying Bistro or coffee and sandwiches at Coffee Haven.

How far is Wroclaw airport from Auschwitz?

Wrocław may not be the nearest airport to Auschwitz, but it is still a viable option at 231 kilometres away by road. You can easily book a transfer into the city to organize your Auschwitz visit, we recommend staying in Wrocław for a night when flying and heading to Auschwitz the next day. You will need to hire a car, take a train or book a day tour from Wrocław to Auschwitz.

Discover more: How to get from Wroclaw to Auschwitz

Staying near Auschwitz in Oswiecim

Oswiecim was thrust into the international spotlight due to its notorious history as the site of the Auschwitz concentration camp during World War II. Although Oswiecim has tried to move on from its dark past, the town will always be synonymous with the Holocaust.

Today Oswiecim is a town of around 40,000 people, with most of its sights, shops and restaurants centred around the main Market Square. For those staying in Oświęcim, you can also visit the Oświęcim Castle, Jewish Museum and Synagogue and The Jewish cemetery.

There are plenty of places to stay in Oświęcim from hostels to hotels and apartments to suit all budgets and all types of travelers from singles to families.

More travel inspiration for your next Poland trip 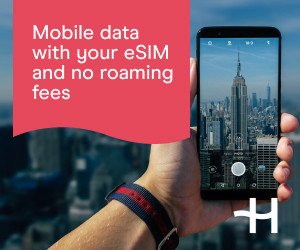